nfc - Android HCE: are there rules for AID?

nfc - Android HCE: are there rules for AID? 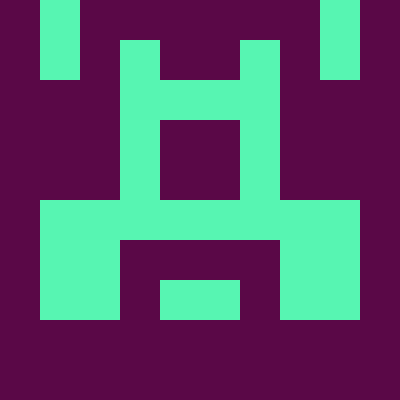 All you need to know about nfc - Android HCE: are there rules for AID? , in addintion to java - Are there advantages for using SpongyCastle over BouncyCastle, if targeting Android 3.0 and later? , android - Are there any official APIs/Samples/Tutorials for implementing the new Material-Design-guidelines? , android - Configure MIFARE DESFire EV1 as NFC Forum Type 4 Tag for NDEF , facebook audience network - After upgrade to target 29,there are so many crashes on android 10 /apex/com.android.runtime/lib64/libart.so (art::OatFileManager::DumpForSigQuit

I'm trying to use an ACR122 NFC reader to select an application emulated in one Nexus 5 using Android Host Card Emulation. However, small AIDs are not recognized.

My goal is to use a three byte long AID, as I do in a DESfire card. My first goal is only to be able to do a SELECT command.

My test app uses the following configuration for AIDs:

If I run the following APDUs:

I always get the following responses:

So, only AIDs with length greater than 5 bytes will work with Android? Or am I doing something really wrong?

For (inter)nationally registered AIDs, the AID is split into two parts, a 5-byte mandatory RID (registered application provider identifier), and an optional PIX (proprietary application identifier extension) of up to 11 bytes.

For proprietary AIDs (F...) ISO/IEC 7816-4 does not clearly mandate any minimum length requirements.

In addition to this, when it comes to HCE and routing of card emulation communication from the NFC controller to secure elements or the application processor, there is the NFC Forum NCI specification. This specification mandates an AID (used in AID-based routing entries) to be between 5 and 16 bytes. Btw. the same limitation applies to smartcards following the Java Card specifications.

When it comes to Android, there is a hard-coded requirement that AIDs received in a SELECT command consist of at least 5 bytes:

According to EMV standards, an AID is made up of a Registered Application Provider Identifier (RID) having a minimum of 5 bytes, and an optional Application Identifier Extension (PIX) or proprietary Application Identifier having a maximum length of 11 bytes, which together make up the Application ID (AID), thus, the application ID can never be less than 5 bytes in length. If there are several applications present in the card, the AIDs will have the optional app identifiers appended to the RID to differentiate between the applications present in the card. Please read up on EMV standards on their site: EMVCO, and especially their books, Book 1 to Book 4, to understand more in this.

However, apparently since version 3.0 (in 2011 - 6 years ago!) the Android BouncyCastle package was renamed to com.android.org.bouncycastle, so that now if you included the regular org.bouncycastle, this would no longer conflict with the pre-packaged stripped down BouncyCastle, and you could use the newest version that way.

What confuses me is that it seems like the SpongyCastle project is still quite active and whenever I search for "BouncyCastle on Android" or anything related, I get a lot of results from the last couple of years which recommend using SpongyCastle, citing the class conflict issues as the reasoning, even though they were (apparently) resolved all the way back in 2011. Another argument I've seen that makes more sense to me, is that SpongyCastle is more backwards compatible, since you won't get any issues on devices running earlier versions Android than 3.0.

So my question is, are there still any benefits to using SpongyCastle over BouncyCastle, if you are not targeting earlier versions of Android than 3.0?

Here's what the author of Spongy Castle wrote on this:

In short, for an Android device the only possible benefits in using Spongy Castle would appear to be to deal with cases where your application needs a recent Bouncy Castle functionality, but device manufacturers have bundled an old version.

Google has recently added a lot of guidelines for designers (here), including plenty of animations of how things can work.

As I've read the guidelines, I decided to try out the new design, and use the support library.

Sadly, for many (or maybe all?) of them, I can't find out how to implement them using the official APIs that Google has given.

For example, I've tried to find out how they've implemented this cool scrolling effect called "Flexible space with image" (taken from here) : link . However, no matter where I search, the only thing I find is of third party libraries (like this one).

I've found only tiny snippets (and more guidelines) of very specific elements, on the android developers blog, for example here and here , but that's not nearly enough for using it, let alone support pre-Lollipop versions of Android (and that's most of the devices right now).

I've also found this documentation , but again, it lacks a lot of explanations to what is shown on the designers' website (here).

Are there any APIs/Samples/Tutorials for any of the new Material design guidelines?

Anything other than what I've found?

Is it possible the support library barely supports the new design? I couldn't even find dialogs support and Prefereces in it, so I made something (based on someone else's library) here ...

It's just really weird that there are so many animations examples, but no actual code to try and use for best practice...

While the new API provides some new UI elements like like CardView (that have been already included in the support library) there are no new specific APIs for material animations, those animations abilities already exist in the current API.

The Material theme does provide default animations and activity transitions, however you need to do the rest by your self and as mentioned in this tutorial.

So long story short, while the new Android API 21 came with new components, you will still have to implement the majority of the design by your self.

I started my studies using NFC in Android. I can easily read and write in NDEF format.

My problem is with MIFARE DESFire EV1, I have some factory cards and I understand that they do not conform to the NFC Forum type 4 Tag specification and, consequently, do not accept to be read or written in NDEF format (when in their factory configuration).

So far I understand that I need to use IsoDep.transceive() method to pass commands that enable me to build an NFC Forum Type 4 compliant tag.

But I'm having a lot of trouble. I'm using TagWriter and it does the service perfectly. Every time I use the NDEF dataset it automatically performs a routine that makes the card an NFC Forum Type 4 Tag and, consequently, an NDEF tag.

However, I could not find any simple example to do this procedure myself. Even after reading the specification document NFCForum-TS-Type-4-Tag_2.0, I'm still very lost.

Is there any practical example to do the process that the TagWriter application does?

After upgrading target sdk version to 29, there are so many crashes on android 10:

Update audience-network-sdk to version 6.1.0 can fixed the bug. Tested with some devices on firmware 10

Related posts:
java - Are there advantages for using SpongyCastle over BouncyCastle, if targeting Android 3.0 and later?
android - Are there any official APIs/Samples/Tutorials for implementing the new Material-Design-guidelines?
android - Configure MIFARE DESFire EV1 as NFC Forum Type 4 Tag for NDEF
facebook audience network - After upgrade to target 29,there are so many crashes on android 10 /apex/com.android.runtime/lib64/libart.so (art::OatFileManager::DumpForSigQuit
android - Why there are different oppacities for active and inactive icons in material design?
android - Is there an NFC API for the Smartwatch 3 (SWR50)
android - Are there any HttpCahce client libraries for Java?
android - Is there a "setSharedElementsUseOverlay()" method for Fragment transitions?
"Selection cannot be launched and there are no recent launches” when Eclipse for Android Project Dev
android - Facebook: Security error, There are problems with the security certificate for this site
Search